Especially in your own four walls, many people strive to provide peace and quiet in order to find relaxation. Unfortunately, the PC also opposes these efforts in many cases and is annoying with high noise levels during operation. With Tranquility, Kolink offers just the right housing for noise-stricken people. Comprehensive insulation provides protection against loud fans or hard drives. So that the hardware inside remains well cooled, the tranquility offers subtle ventilation slots on the front. The insulated cover can optionally be removed, for example if a radiator is installed underneath. The Kolink Tranquility can be trimmed for performance with optimized airflow, but remains nice and quiet thanks to the additional insulation on the front and side panels. Externally, the gaming case also impresses with its reserved and modern design.

The features of the Kolink Tranquility at a glance

Soundproofed design housing for mainboards up to ATX
Sound insulation on the front and side panels
Solid, soundproof and removable lid
Front made of plastic in a brushed aluminum look
2x pre-installed 120 mm fans, 6 in total possible
I / O panel with 2x USB 2.0 / 1x USB 3.0 & HD audio in / out
Support for radiators up to 240 mm on the front and lid
2x 3.5 / 2.5 inch disk slots
Graphics cards up to 38 cm long & CPU cooler up to 16 cm high
Comprehensive insulation & two pre-installed fans


The solid chassis is made of one millimeter thick SECC steel. Both side parts and the front are lined with insulation mats. The solid lid is also insulated, but can also be removed completely, for example to improve the airflow. Because underneath, a 240 mm radiator can be attached like on the front. On the front, in the look of brushed aluminum, there are two subtle ventilation slots on the side for the air supply. A 240 radiator can also be accommodated there. 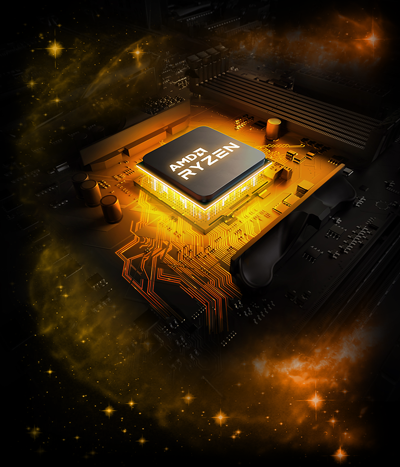 The purchase argument for the fastest gaming CPU was previously reserved for Intel processors. But with the new Ryzen processors of the 5000 series, this changes. The single-core performance could be increased drastically and the Intel Core i9-10900K remains around 20 percent behind the AMD Ryzen 9 5900X.

The somewhat slower Ryzen 7 5800X also has an easy time with the 10 core. Even the multi-core performance is much better with the 8-core. The success story of AMD continues with the new models of the Ryzen 5000 family and for the first time the current Ryzen CPUs are faster than Intel's Core i9-10900K when gaming. AMD does not pack even more CPU cores under the heatspreader, but fundamentally changes the structure of the CCX in order to increase the IPC. This is exactly where the new Ryzen 5000 can convince and outclass the old top dog in many single CPU benchmarks. Last but not least, the higher single-thread performance also has a significant impact on the multi-core performance. 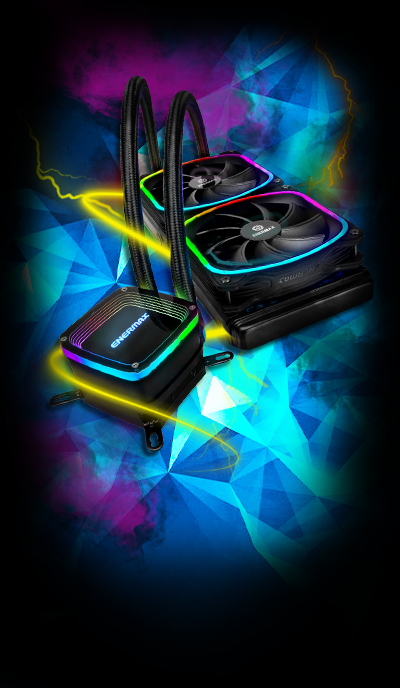 The LIQMAX III RGB all-in-one CPU water cooler with RGB lighting.
The water block in acrylic optics is equipped in the Aurabelt design, which provides brilliant light effects. LIQMAX III RGB supports RGB synchronization with motherboards that have 4-pin RGB connectors (+ 12V / G / R / B). Thanks to the dual chamber design patented by ENERMAX, the Central Coolant Inlet (CCI) and the Shunt Channel Technology (SCT), the cooler achieves faster heat transfer and a longer service life. The RGB fans with dual-convex fan blades are optimized for radiators and generate high static pressure to force the heat out of the cooling fins. The LIQMAX III RGB is an excellent cooler for housings that do not want to do without RGB lighting.

The cooler is very well made and, for fans of light games, has smartly illuminated fans and a discreetly illuminated pump unit. In addition, the lighting is compatible with all common mainboards with a corresponding mainboard header.

AUDIO BOOST 4 with NAHIMIC 3: Experience studio-quality sound for the most immersive gaming experience.

Dragon Center: This software integrates many MSI tools such as Game Mode, Voice Boost and Live Update in a user-friendly interface.

Gamers are offered a high level of performance that even makes last year's top model, the GeForce RTX 2080 Ti Non-OC, look old. 2K gaming with at least / over 60 FPS are no problem for the 3070s. Also in the technical area (higher ray tracing performance, better energy efficiency) there are only positive things to note.

In addition to the very good performance, the processing quality, overclocking potential and design (chic and customizable RGB lighting) are also appealing. There is also a big plus for the well thought-out cooling concept. 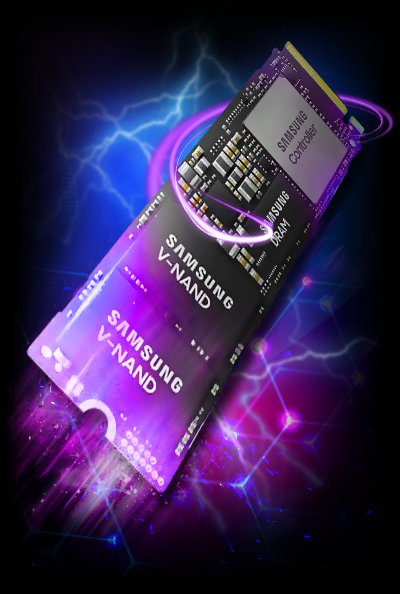